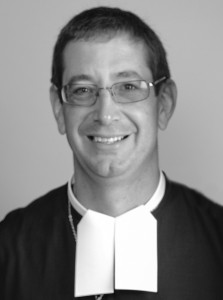 Brother Anthony joined the Central Catholic staff in 2011 as a math teacher, department chair and assistant wrestling coach. In 2014, he became the director of academic technology. Brother Anthony has overseen the curricular development, staffing and implementation of a dozen new science, technology, engineering and math (STEM) electives.

Brother Anthony earned both a Master of Business Administration and a Master of Science in computer science from the University of Illinois, Urbana-Champaign, and this summer, he will complete his Master of Arts in theology from La Salle University in Philadelphia.

Brother Anthony will replace Brother Robert Schaefer, FSC, who will leave Central Catholic after 20 years, serving for the past seven years as principal. In September, Brother Robert will join the team of the Secretariat of Formation at the Generalate in Rome.