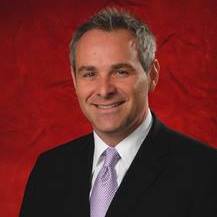 Viotto summarizes his approach to school leadership in the following way: “Each day I pray and reflect asking God to use me… to use my life. I have learned to understand that the vision for my life is far greater than my imagination can hold and as a Catholic leader I am blessed to have the opportunity to come to work each day and ask God, ‘What would you have me to do?’”