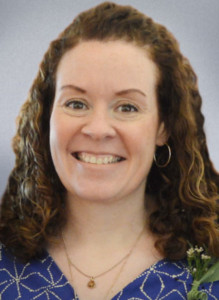 The District of Eastern North America (DENA) has announced the appointment of former Lasallian Volunteer (LV) Kerry Conroy as the new associate director of its Office for Mission and Ministry effective September 1, 2018.

Conroy received her bachelor’s degree from Christian Brothers University in Memphis, Tennessee, and her master’s and professional diplomas from Manhattan College in Riverdale, New York. Conroy then served as an LV at La Salle Academy in New York, New York, beginning in 1999. She went on to further serve La Salle Academy by fulfilling the roles of guidance counselor, vice principal and currently as principal and vice president for academic affairs.

Conroy has attended many Lasallian educational and formation workshops including the former Lasallian Leadership Institute and the Buttimer Institute of Lasallian Studies, which are programs of Christian Brothers Conference.