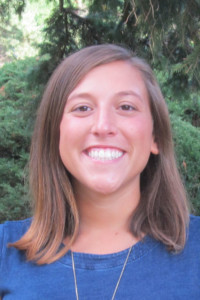 Abby Michels, LV 15-17, will join the staff of the Midwest District in Burr Ridge, Illinois, as the Young Lasallian coordinator effective August 1, 2018.

Michels graduated from Lewis University in Romeoville, Illinois, in 2015 and then went on to serve as a Lasallian Volunteer (LV) at De La Salle Academy in Concord, California, for two years. She then joined the staff at Catalyst Circle Rock School in Chicago for one year. Michels has been involved with Young Lasallians in the Midwest District since her return to the Chicago area. She previously assisted the District of San Francisco New Orleans with their summer Lasallian Student Leaders program held at Saint Mary’s College of California in Moraga, California.