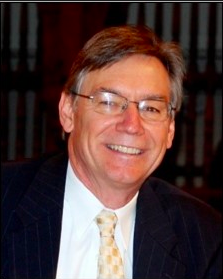 Longtime Lasallian Gery Short, AFSC, will be honored with the Brother John Johnston, FSC Award to recognize his significant service to the Lasallian mission.

For more than 30 years, Short has embraced his vocation as a lay person in the Catholic Church serving the students, teachers, staff and administrators of the District of San Francisco New Orleans and the worldwide Lasallian mission of the Brothers of the Christian Schools. As a member of the first generation of lay persons to play a significant role in the leadership of the Institute, Short set the stage for an increasing number of lay men and women to step into leadership roles at local, District, Regional and international levels.

Short will receive the Johnston Award at the Distinguished Lasallian Educator Awards Banquet to be held at the conclusion of the Huether Lasallian Conference in Minneapolis, Minnesota, on November 17, 2018. The Johnston Award was established in 2009 to recognize a lifetime of work for and service to the Institute of the Brothers of the Christian Schools and to the Lasallian Region of North America, in particular. Named for the 25th Superior General of the Institute, it honors individuals who, like Brother John, have made an indelible mark on the Lasallian mission through scholarly research, leadership, the written word, teaching, witnessing, evangelizing and demonstration of zeal for the mission or any combination of these and other dimensions of service to the extent that he or she has unalterably impacted the mission for the better.

“I am very honored and feel quite fortunate to receive this honor on behalf of the Lasallian Region of North America,” said Short. “Please know I cherish my work and involvement with educators from the District of San Francisco New Orleans and from across this Region. The Lasallian mission is a great gift to many, and I have greatly enjoyed and feel blessed to have partnered with so many wonderful Brothers and Lasallian Partners who have contributed to the life and advancement of this mission across North America and beyond.”

Short began his service in the mission as a teacher at Saint Mary’s College High School in Berkeley, California, before moving on to District leadership in the then-District of San Francisco, where he and his staff developed formation programs for administrators, teachers, staff and students. He also helped launch six new District schools and developed and coordinated national and international immersion programs. Short served as a lay consultant to both the 1993 and 2000 General Chapters in Rome, as a member of the International Commission on Association, and as chair of the First International Mission Assembly in 2006. Read the full citation honoring Gery Short >

The Johnston Award, which was established by the former Regional Education Board, is now presented annually by the Lasallian Education Council (LEC).

“As a member of the first generation of Lasallian Partners to play a significant role in the leadership of the Institute, Gery has inspired countless individuals to embrace and advance the Lasallian mission,” said Dr. Kurt Schackmuth, LEC chair and vice president for mission and academic services at Lewis University in Romeoville, Illinois. “His efforts to teach others about the gifts of our charism and the important role we each play in making it a reality in the lives of others are exemplary. The Lasallian Education Council can think of no one more impactful, generous, committed and passionate about the mission than Gery Short to honor with this special recognition.”