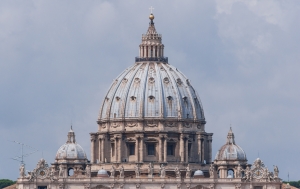 There are approximately 55,000 Brothers worldwide and about 4,300 in the United States. The Vatican document was created not only to highlight the importance of the work of the Brothers, but also to promote the vocational call to Brotherhood. The themes of mission, fraternity, and sacrifice were prominent throughout the document.

The document was originally drafted under Pope Benedict XVI in 2008 to identify and promote the importance of the vocation of lay brothers. The overall number of all religious has declined across the board, but has been especially prominent among Brothers.

“We think one of the reasons for the decline in these vocations is due to a certain lack of attention on the part of the church to Brothers, who are mentioned only in passing in the documents of the Second Vatican Council and Vatican documents published later,” the former prefect for the Congregation for Institutes of Consecrated Life and Societies of Apostolic Life, Cardinal Franc Rodé, CM, told Vatican Radio in 2010.

Archbishop José Rodriguez Carballo, OFM, secretary of the congregation, said the document is meant to highlight “the richness and necessity of all the vocations in the church, especially the vocation of lay religious life for men and women.”

Read more from the Institute here >