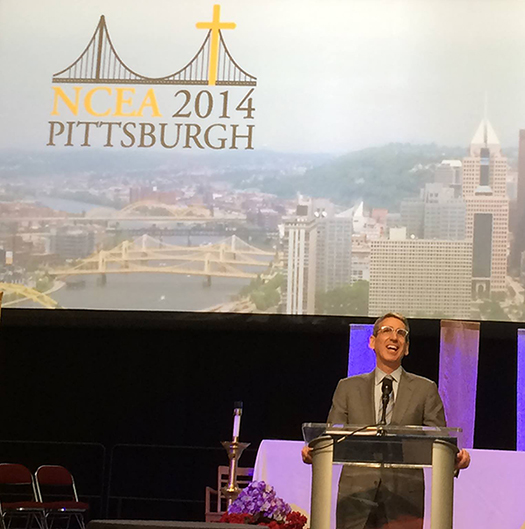 The recent National Catholic Educational Association (NCEA) Annual Convention and Expo in Pittsburgh, PA, included the presence of a number of Lasallians who had roles as participants, exhibitors, presenters, and entertainers.

On Monday, April 21, a total of 23 Lasallians from all over the Lasallian Region of North America (RELAN) gathered at the Lasallian reception for hors d’oeuvres, drinks, and fellowship.

Students from Central Catholic High School in Pittsburgh, PA, among other high schools, shared their musical talents with participants at the convention where Brother Robert Bimonte, FSC, NCEA President, oversaw more than 300 professional development sessions offered. Brother Robert has been in this leadership role since July 1, 2013, but has an extensive background in education. He also was a general session speaker at the last Huether Lasallian Conference in New Orleans, LA, where he presented about building strong relationships with students to create a positive classroom climate.

David Haas, Campus Minister at Cretin-Derham Hall, received the prestigious Emmaus Award for Excellence in Catechesis, an annual award presented at the NCEA Convention. Haas also gave concerts at the convention, as he is renowned as a liturgical composer, cantor, speaker, author, concert performer, and recording artist.

From the District of Eastern North America (DENA), Alan Weyland, Executive Director for Mission and Ministry, and Maryann Donohue-Lynch, Associate Executive Director for Mission and Ministry, were co-presenters for a session entitled “Ensuring Catholic Identity and Mission.” During their session they offered a comprehensive approach to help ensure the sustainability of Catholic Identity and Mission. 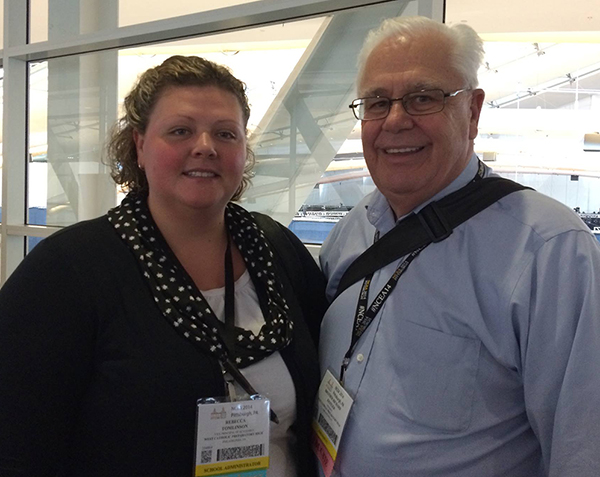 Saint Mary’s Press and Anselm Academic both had exhibit booths at the convention, where they offered numerous Catholic and Lasallian resources for participants.