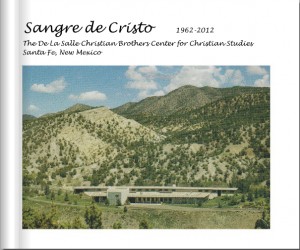 Memories from time spent at Sangre de Cristo in Santa Fe, NM, live on in a new book. Brother Robert Werle, Archivist for the Midwest District, put together Sangre de Cristo 1962-2012 featuring photos of the construction of the building, brief bio of Brother Cornelius Luke, the founding Director, and pictures of the participants in each session as a way to remember the journeys made there. Sangre opened in 1962 to provide continuing formation experiences for De La Salle Christian Brothers. In the decades that followed, it expanded to serve thousands of other religious in order to help them renew their spiritual and physical energies. Sangre concluded its programs in 2012 after its 100th session. Purchase a copy of the book here >