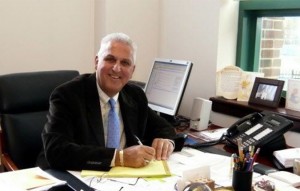 St. Peter’s was founded in 1917 and is celebrating its centennial anniversary this year. Cardinal Timothy Dolan is honorary chairperson of the centennial celebration, which will culminate October 22, 2017, with a Mass in St. Peter’s Church, followed by a gala.