As Saint Mary’s University of Minnesota launches its second century, it threw a memorable bash to commemorate its first 100 years. The University hosted an All-School Reunion June 21-23 on its main campus in Winona with the Red Carpet Centennial Gala highlighting the weekend. More than 1,200 alumni, benefactors and friends attended the weekend-long celebration with approximately 800 people in attendance at the sold-out gala which started with a red carpet Hollywood-like entrance and featured student “paparazzi” and live interviews. 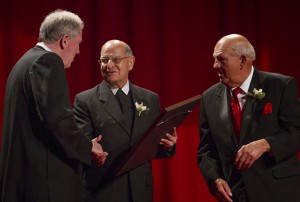 The gala honored the influence the De La Salle Christian Brothers have had at Saint Mary’s. Brother Álvaro Rodríguez Echeverría, Superior General of the Institute of the Brothers of the Christian Schools, accepted a Centennial Award on behalf of the Institute, and Brother Larry Schatz, Midwest District Visitor, accepted a Centennial Award on behalf of his District. General Councilor Brother Robert Schieler and District of Eastern North America Visitor Brother Dennis Malloy were also recognized.

Mike and Joette Gostomski were presented with the Heritage Award for their outstanding support, engagement and philanthropy. Mike Gostomski ’62 has served on the university’s Board of Trustees for 17 years. Among their many contributions, the Gostomskis previously presented the University with its largest single gift which financed the completion of the athletics fieldhouse complex bearing the Gostomski name. They have also sponsored scholarships for students. 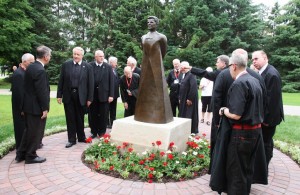 Other highlights of the weekend included an all-school picnic, live music, a golf outing, fireworks, Mass, and the unveiling of a statue to honor the Brothers for their 80 years of service at Saint Mary’s. More than 50 Brothers gathered for the unveiling of the 6-foot, 300-pound statue designed by Brother Jerome Cox ’60 which symbolizes the more than 200 Brothers and educators who have served at Saint Mary’s throughout its history.

Saint Mary’s launched its Centennial Celebration in June 2012 with a cornerstone commemoration and honored the Diocese of Winona at a Centennial Convocation in August 2012. Other activities and events highlighted the anniversary throughout the year including alumni gatherings across the country. 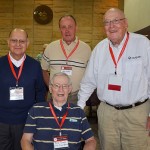 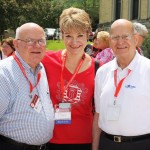 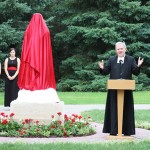 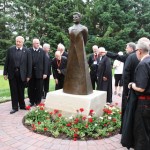 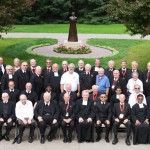 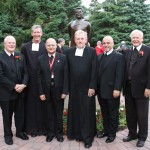 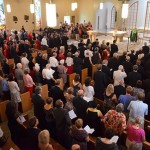 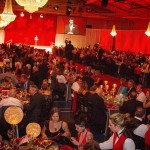 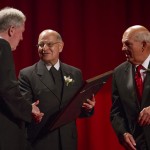 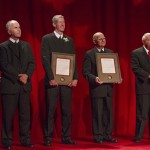 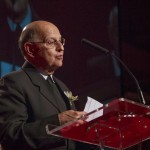 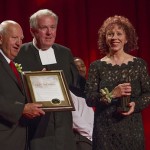 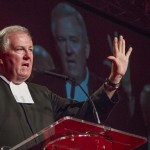 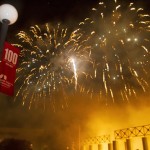