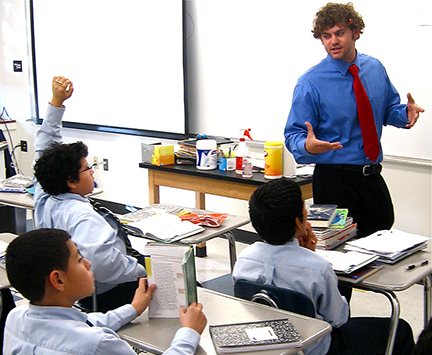 After a national search, David Palank has been selected as the next principal for San Miguel School in Washington, D.C. effective July 1, 2013. Palank has a strong background in the Lasallian tradition. He is currently in his sixth year as a teacher at San Miguel and he is a graduate of St. John’s College High School. Palank is working to complete his master’s degree in Catholic School Administration.

Palank will follow in the footsteps of Brother Francis Eells, FSC, who is San Miguel’s founding principal and has served for 11 years. San Miguel will honor Bro. Francis at its first scholarship benefit, “The First Decade,” which will be held in June.