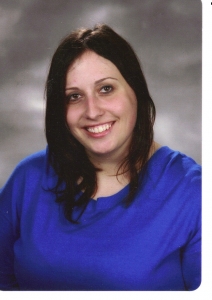 Sarah Laitinen has been appointed by the Superior General as the new representative of the Lasallian Region of North America (RELAN) to the International Council of Young Lasallians (ICYL).

Laitinen is a sixth-grade teacher at The San Miguel School in Providence, Rhode Island, and was a Lasallian Volunteer from 2007-2009. She has attended various formation programs, including the Regional VEGA (See, Judge, Act) program in 2010, and graduated from the Buttimer Institute of Lasallian Studies in 2012. Laitinen attended the 3rd International Symposium of Young Lasallians in February 2014 and is currently a member of RELAN’s Council of Young Lasallians as well as a member of the District of Eastern North America’s Young Lasallians Steering Committee.

Brother Robert Schieler, FSC, Superior General, remarked, “Sarah’s dedication to the mission, commitment to Lasallian association and her service on District and Regional committees make her an ideal choice to represent RELAN on the ICYL. We look forward to her contributions to the Council’s work.”

Laitenen will be replacing Jolleen Wagner, who has served in the position since 2011. Reflecting on her time as the RELAN representative, Wagner said, “Serving on the International level offered a glimpse at the amazing things Young Lasallians are contributing to around the world. This expression of, together and by association, combined with our focus on service with the poor was powerful and life-giving to my ministry here in RELAN.”

On Wagner’s commitment to the Council, Brother Robert said, “Jolleen brought much wisdom, experience and administrative ability to the ICYL. We thank her very much for her generous service and wish her all the best in her new ministry.”