Lasallians throughout the world are encouraged to come together in 2021 to celebrate the Lasallian Year of Saint Joseph, Patron of the Institute.

The Institute of the Brothers of the Christian Schools has created a website dedicated to the Lasallian Year of Saint Joseph, which includes an explanation of the year, resources and suggestions on how Lasallians can get involved. More resources will be added as they become available.

Why Celebrate the Year of Saint Joseph?

Access resources, including suggestions on how to participate and materials for reflection and presentations >

Novena to Saint Joseph, based on Pope Francis’ Apostolic Letter, led by the District of Eastern North America. Get involved > 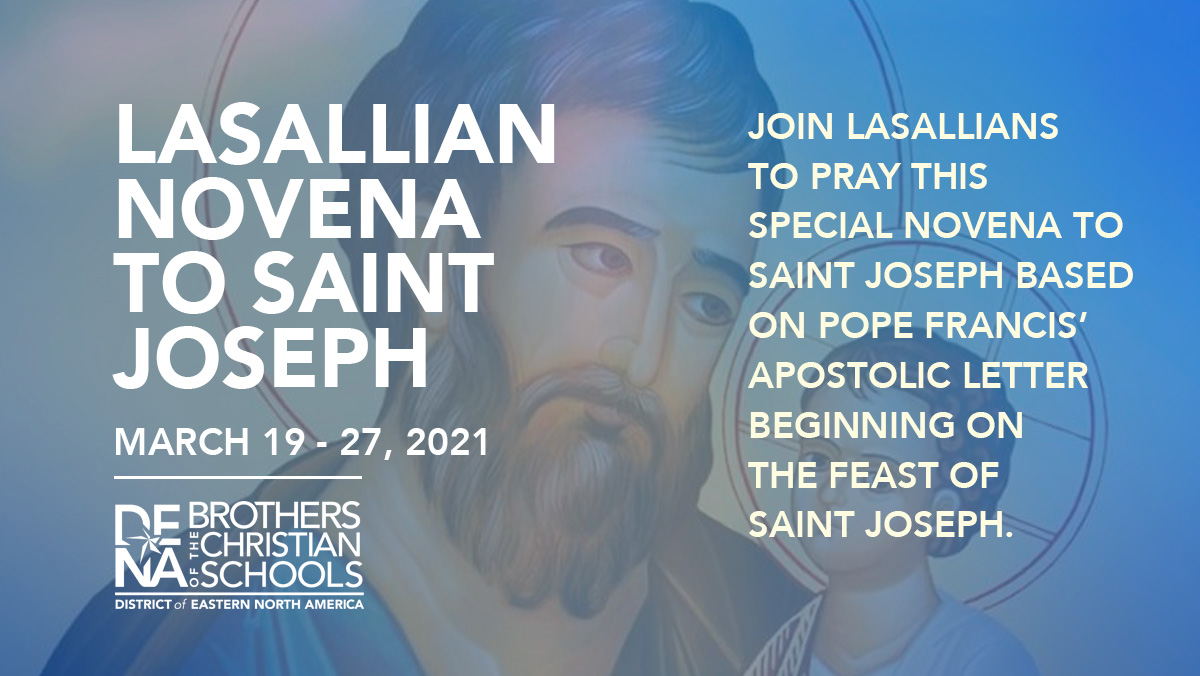