Celebrate Founder’s Day on May 15

May 15 marks the Solemnity of Saint John Baptist de La Salle, also celebrated as Founder’s Day. While Founder’s Day celebrations are different in this time of COVID-19, Lasallians are still taking time to remember the founder of the Institute of the Brothers of the Christian Schools and patron saint of teachers and celebrate the impact of the mission he started to provide a human and Christian education to the young, especially the poor.

In this new message, Brother Superior Robert Schieler, FSC, who continues to recover following a liver transplant, references the current situation with COVID-19, writing that it “has caught us off guard and thrust us into an unanticipated historical moment.” He encourages us to seize the moment and work together and by association to help others. “Let us plan for the future with energy and wonder, knowing that adventure and tribulation lie ahead. Let us continue to joyfully, loudly and fearlessly witness to Jesus Christ. And let us celebrate the feast of Saint John Baptist de La Salle by recommitting ourselves to faithfully and zealously care for each other and all of God’s creation.” Read the full message > 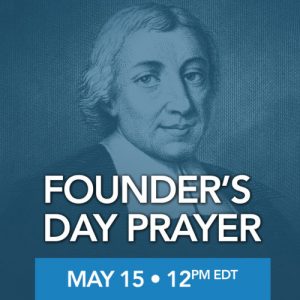 The District of Eastern North America will host a global prayer service on May 15 at noon EDT with the theme “Our Lasallian Mission in the Time of the Coronavirus.” Join the prayer service on with the Zoom Meeting ID: 933 7434 9257.

The District of Francophone Canada hosted a virtual Founder’s Day celebration on May 9 in place of the traditional in-person celebration. More than 50 Lasallians took part in the video conference, including Brothers in the Francophone Canada communities and Brother Timothy Coldwell, FSC, RELAN General Councilor. Brother Florent Gaudreault, FSC, Francophone Canada Visitor,  delivered a special message of hope. The event was an opportunity to remember De La Salle’s difficulties and how he placed his trust in divine Providence through the Heroic Vow at a time when things were at their worst. Participants also shared about the hardship they face during these challenging times.

Learn more about the Brothers 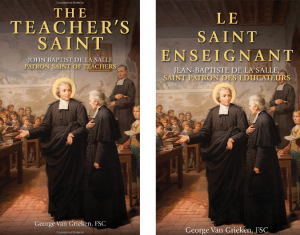 Use #DeLaSalleMay15 to share your highlights on social media.