The 46th Huether Lasallian Conference will take place November 21-23, 2019, at the Minneapolis Marriott City Center with the theme “Living the Lasallian Mission: Celebrating with Zeal.”

This year’s conference will kick off with a special Opening Celebration, featuring music and dance performances by students from local Lasallian schools. Attendees of the 7th Congress of the World Union of Lasallian Former Students (UMAEL) will join Huether attendees for this exciting celebration and create a larger sense of Lasallian community. This is the first time a UMAEL gathering is being held in the United States. It will take place November 21-23 in Minneapolis.

Interested in becoming a sponsor or exhibitor? Learn more about your opportunities > 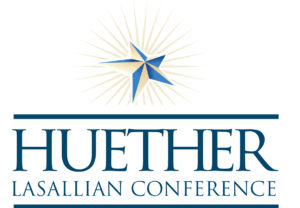 Brother Robert Schieler, FSC, is the Superior General of the Institute of the Brothers of the Christian Schools. Prior to being elected as Superior General in 2014, Brother Robert served as General Councilor for the then-United States-Toronto Region from 2007-2014 and as Visitor of the then-Baltimore District from 2001-2007. Before becoming Visitor, Brother Robert was the director of education for the United States-Toronto Region. He also served as executive secretary for the Regional Education Board and College Presidents Association. Prior to these roles, Brother Robert served for seven years as Assistant Visitor and director of education for the Baltimore District. He also served in the Philippines for 11 years. Brother Robert took the habit on September 1, 1968, in Ammendale, Maryland. 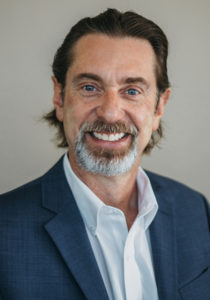 John Donahue-Grossman has touched the hearts and tickled the funny bones of more than two million young people, families and educators over more than 30 years as a youth minister, high school teacher, retreat director and development director. Throughout that time, John presented meaningful and dynamic programs to schools, churches and service organizations. One of John’s proudest moments was in 2004 when his many years of portraying a homeless man to fight intolerance and injustice was recognized by the Southern Poverty Law Center with a certificate, signed by Rosa Parks, and his name engraved on the Wall of Tolerance in Montgomery, Alabama. John has been honored with the Joliet Diocesan Bishop Sartain Award, an Apostolic Blessing from Pope John Paul II, the Columbian Squires Award from the Knights of Columbus, and the Faith & Zeal Award from La Salle Manor Retreat Center.

Registration Questions:
Please direct all registration questions to Katie Christensen at kchristensen@cbconf.org or at 202-529-0047 ext. 110.

Highlights from Past Conferences: